Worldwide Google searches for “foam roller” spiked in 2015, but the hype never really died down. Today, you will find foam rollers on anywhere from Amazon to sports shops or even your local grocery store. The gym community seems to have a love-hate relationship with them given how painful they are to use sometimes. Foam rollers: reducing DOMS, increasing flexibility, improving your lifts. Are foam rollers too good to be true?

Foam rolling is one example of a “self myofascial release” technique, where the user aims to relax muscle (myo) and fascia(l). There are many theories as to how foam rolling affects the body to create physiological benefits. If you’re not familiar with it; a foam roller is a firm tube covered in varying layers of foam. Using your bodyweight, you roll to massage the target tissue or muscle groups of your choosing. They come in a variety of different shapes, sizes and firmnesses, and some even have a motor that creates vibration.

The Biology Behind Foam Rolling

Since foam rolling applies pressure to the tissues in your body, one theory is that it can affect fascia – a thin layer of tissue that exists between muscle, bone and other organs or tissues.

Fascia grows, adapts and repairs itself in a similar way that muscles do, so theoretically we can apply similar principles in training. In our bodies, there are cells called fibroblasts, which play a key role in wound healing and maintaining muscle, fascia, and other tissues. [1] There are also structures called actin, which is also found in muscles – these respond to biomechanical stimulus, such as pressure, and cause tissues to adapt, which includes lengthening of fascia. [2,3]

Foam rolling can also work to increase the uptake of water into cells, which hydrates the fascia. Although this may temporarily increase stiffness, it increases overall elastic potential and may also allow more optimal sliding between layers of tissue.[4,5] This may explain the improved range of motion that some athletes report as a benefit of foam rolling.

Is Foam Rolling Good for Pain?

In addition to the fascia and tissues in our bodies moving, our nervous system also plays an important role in the way we perceive sensations, especially pain. Although a study found no difference between the control group and the foam rolling group in terms of self reported pain two days after exercising, a significant improvement was noted in strength performance of rectus femoris, one of the quadriceps muscles. Electromyography activity (electrical signals that muscles use) also suggested improved conductivity and activation in the muscle, but only when foam rolling was done after exercise. It was concluded that foam rolling after exercise could help with neurodynamics, which is the ability for nerves to move and slide within the body. [6]

Another theory is that foam rolling replicates the motions of massage, increasing circulation to muscles and surrounding tissues. In an experiment involving 21 participants, researchers used a doppler ultrasound scanner (like the ones used in heart scanning) to determine factors of arterial blood flow. They compared the lateral thigh at rest, and at post 30 minutes of foam rolling (note: 30 minutes is a long time to be foam rolling one muscle group!). It was found that immediately after foam rolling, lateral thigh muscles had more arterial blood flow.

Compared to baseline, peak flow increased by 73.6% immediately after rolling, whereas mean average flow improved by 84.4%. This effect lasted for at least 30 minutes, but started to diminish over time – at 30 minutes post rolling peak flow was down to 52.7% and mean average flow was 68.2%. [7] However, blood flow is not a direct indicator of recovery (correlation, not causation)! It may possibly benefit muscles and surrounding tissues with improved supplies of nutrients and removal of waste products, but it may also only be a proxy. We will look at the evidence surrounding foam rolling and improved arterial blood flow make any difference to DOMS (Delayed Onset Muscle Soreness) later.

If you believe in “trigger points”, foam rolling might also be one of the solutions to working out those sensitive spots. Trigger points can be summarised as “hyperirritable spots” within skeletal muscle that cause pain when pressure is applied. [8] In 50 participants that complained of trigger point sensations in the calf, a study compared a placebo with two modes of foam rolling; static release and active rolling. Participants completed 90 seconds of their trial, then researchers pressed on their trigger points with a handheld algometer (an instrument to measure pressure). It was found that participants only had reduced perceived pain in the static release group. [9]

Well, some experiments are more promising while others found no benefits of foam rolling.

In one experiment, 8 healthy men did 10 sets of 10 back squats (@60% of their 1 rep max) twice, separated by a month. One of which involved 20 minutes of post exercise quadriceps foam rolling immediately, 24 hours and 48 hours after exercising. Researchers found that foam rolling successfully decreased DOMS measured by pressure-pain threshold, and even improved performance in 30 metre sprinting and power (jump distance) after submaximal squatting. [10]

Krause et al. compared 2 rounds of 60 second stretching to the same amount of foam rolling. They found that in both conditions, participants successfully increased range of motion in knee flexion. However, only the foam rolling condition improved the perception of stretch and modified the sliding between deep and superficial fascial layers. This was a crossover study, meaning that the same 16 participants did both static stretching and foam rolling, but with some time in between. [11] In hip flexion, similar results have been found. A similar experimental protocol found that both isolated groups (static stretching/foam rolling), resulted in an increase in passive range of motion in hip flexion. However, static stretching combined with foam rolling produced the most pronounced effect. [12]

Overall evidence for benefits of foam rolling, however, has been controversial. Whilst the aforementioned studies suggest that foam rolling could result in meaningful physiological benefits, others have found that foam rolling does not significantly improve performance or recovery. For example, in middle distance running, foam rolling in 16 trained male runners produced no difference in performance. The protocol was that they ran 800m, either rested passively for 15 minutes or foam rolled for 10 minutes between passive rest (10+5 minute), and then ran another 800m. Researchers found no significant differences between the conditions in measured CO2, stride length, run time, and hip extension. [13] However, considering that these young men were elite athletes and already had above average recovery to begin with, this may explain why foam rolling did not make much of a difference.

A meta-analysis of 21 studies described effects of foam rolling as “rather minor and partly negligible, but can be relevant in some cases”. Foam rolling did produce acute benefits on range of motion, but no benefits of other athletic markers (such as muscle strength, muscle activation, maximal oxygen uptake, speed, agility or acceleration) were found. [14]

Similarly, in a systematic review and meta-analysis published recently, researchers looked at 32 studies involving foam rolling in athletes. They found no benefits to athletic performance apart from improving range of motion, but also no detrimental effects. However, this only involved lab experiments, so practically, effects of foam rolling could translate better in everyday training or even competition. [15] Both noted that most randomised control trials on foam rolling have been done using male participants, but the effects seem to apply equally to male and female participants. The consensus in the community is that more research needs to be conducted to find out more about concrete benefits of foam rolling beyond improving range of motion.

There is also a lot of controversy around “optimal foam rolling” – does such a thing exist or is it only a concept? Protocols of foam rolling have varied widely between experiments, with some finding benefits from just 2×60 seconds of foam rolling, to rolling for half an hour. How long should you foam roll for to get the most “bang for your buck”? Does more necessarily mean better? We simply don’t know yet. Until the evidence is clear, we would suggest you start with 2×60 seconds of foam rolling and work your way up weekly to find out where you experience the most benefit.

So, should you use a foam roller?

With some studies quoting improvements whilst others finding that foam rolling is no better than passive resting groups, is there any point in your self-inflicted agony? Foam rolling will probably do no harm to your gains and lifts in the gym. Some of you may still swear by them and some of you might just reconsider whether it’s worth your time.

Since research into mechanisms and benefits is still being conducted, and there is no gold standard about duration of rolling, material of the roller or whether it is more beneficial to roll before or after your workout, you may want to wait until a conclusion has been made.

However, this shouldn’t discount the benefits of what you might feel. Those few degrees of increased range of motion might just mean that you hit your PBs next time!

● Theoretical mechanisms of foam rolling include improving: fascial elasticity and

been mixed for these areas.

● We don’t know whether there is an optimal way to foam roll – duration, build of

roller, timing are some of the areas to be explored in future research.

● Although foam rolling might not be as effective as it has been hyped up, there may 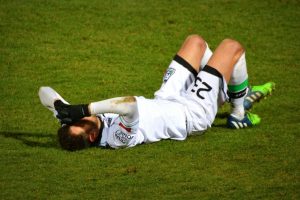 How to prevent injury 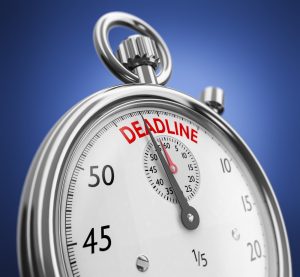 Protein Timing – Does it matter? 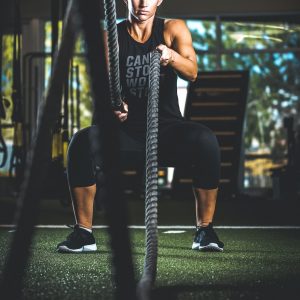 What To Do When Cutting Calories Becomes Too Hard

We all get to that point in our diet when cutting calories more becomes too much of a burden. THAT’S when we like to add 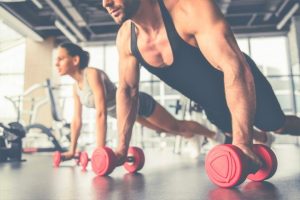 You do not need a gym to build muscle! The principles of resistance training can be applied using bodyweight exercises. This is evident when looking 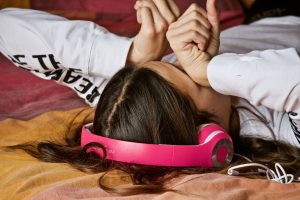 Should You Workout When Sore?

DOMS (Delayed Onset Muscle Soreness) is a phenomenon experienced when you perform an exercise you are not used to. We have previously mentioned that it 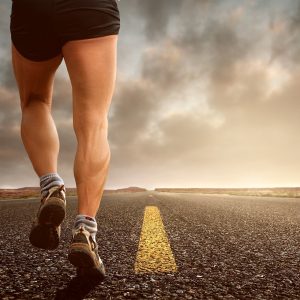 How To Train All Muscle Fibers

Muscles are made up of long cells known as muscle fibers, innervated by a nerve cell (neuron) which stimulates the muscle to contract. Stimulating the